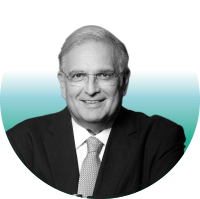 He was born in Athens in 1954. He holds a degree in Electrical Engineering from the National Technical University of Athens.

Until 2002, he was Chairman and Managing Director of “J.D. Papathanassiou S.A.”, a company engaged in the trading of technological equipment for buildings.

In 1993, he was appointed Vice Chairman of the BoD of Public Gas Corporation (DEPA) S.A., while in 1991-1992 he was advisor to the Minister of Industry on energy issues.

He speaks English, French and German. 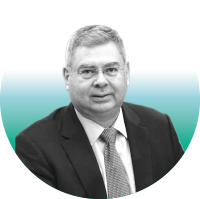 Holds an Economics degree specialising in Econometrics from the University of Essex England and is a Fellow (FCA) member of the Institute of Chartered Accountants in England and Wales (ICAEW).

He began his career in 1989 with KPMG in London, specializing in banking and large multinational Groups before joining the international food and drink group DIAGEO in 1993, to assume senior Greek and European positions in Finance and Business development. During 1998-1999, he also worked for the development of the food sector business (Pillsbury) in Middle East and North Africa. Between 2000-2002 he worked as Chief Financial Officer and Chief Restructuring Officer, in an ASE listed high-tech company (part of LEVENTIS Group) and in 2003 he joined PETROLA HELLAS as Chief Financial and IT Officer.

After the legal merger and operational integration of PETROLA HELLAS with HELLENIC PETROLEUM, he was appointed as CFO of the new Group in 2005 and became a member of the Group’s Executive Committee. In 2012, he assumed the responsibility for International subsidiaries and he was Deputy CEO during the period 2014-2015 and 2017-2019, when he became CEO.

He is a founding member of the American Hellenic Chamber of Commerce (AMCHAM) board of Corporate Governance and is also a member in a number of professional bodies including the Economic Chamber of Greece and ICAEW specialized faculties. In 2020, he was elected in the BoD of the Hellenic Federation of Enterprises (SEV) and from June 2021 he is the President of the National Council for Sustainable Development (SEV VIAN). 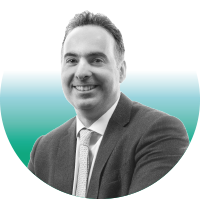 As General Manager of Strategic Planning and New Business for the Group, he is responsible for the strategic planning and management of new business development in natural gas, electricity, renewable energy sources, exploration and production, strategic projects and participations (DEPA/Elpedison/ASPROFOS) and the Group’s representation in international organizations. He has been a member of the Board of Directors of the European Petroleum Refiners Association as a regular or alternate member since 2012. He joined HELLENIC PETROLEUM Group in 2007.

He held the position of Director of Strategic Planning and Development in an international group of companies (SETE S.A.), based in Geneva, Switzerland, from 1998 to 2006, where he was responsible for overseeing the group’s energy portfolio.

Previously, he worked for a number of technical and executive positions at Stone & Webster, Molten Metal Technology, Merck, Dow Corning, and Dow Chemical in the United States between 1993 and 1997.

He holds an MBA degree (1998) from Harvard Business School and M.Sc. (1993) and B.Sc. (1992) degrees in Chemical Engineering from the Massachusetts Institute of Technology (MIT). 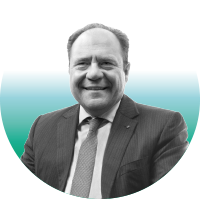 Attorney at Law, qualified to plead before the Supreme Court, holds a Law degree from the Athens University and a Master’s Degree (DEA) from the University of Aix-en- Provence, France.

He was a partner at “Dryllerakis & Associates Law Firm”, handling cases of corporate, commercial and civil law. He is Chairman of the Board of ELPET BALKANIKI S.A. and VARDAX S.A, Group’s subsidiaries and serves on the Boards of three other Group subsidiaries.

In January 2020, he was elected Chairman of the Legal Issues Group of Fuels Europe (Division of the European Petroleum Refiners Association) and is a member of the Hellenic Corporate Governance Council (HCGC) of the Athens Stock Exchange. He speaks English, French, Spanish and Italian. 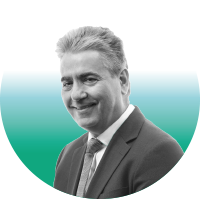 A Chemical Engineer (B.Sc.), a graduate of the POLYTECHNIC UNIVERSITY of NEW YORK, USA and a M.Sc. holder from the same university with a specialization in Process Design, Technical-Economic Studies, Thermodynamics and Business Administration. In 1985, he was recruited to the former ELDA SA where he assumed various positions of responsibility until 1998. From 1998 to 2007, he was appointed Deputy Director and then Director of Supply of Transportation, Sales and Risk Management to the Oil Supply and Trading General Division of HELLENIC PETROLEUM SA. From 2007 to 2009, he served as Senior Manager of the Elefsina Refinery and until 2015, held the post of Senior Manager of the Group’s Industrial Installations at the Aspropyrgos and Elefsina Refineries as well as Coordinator of the Supply Chain Optimization Project.

From 2015 to January 2019, he took over the Group's Reorganization and Development Division and in 2019 he hold the position of Senior Manager of the Group's Refinery, Technical Support, R&D and Refinement Division. Today he holds the position of General Manager of the Group’s Refineries. He has served as Chairman of the Board of Directors of the subsidiary Global SA and as a member of the BoD of ASPROFOS SA. 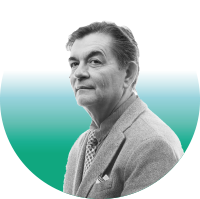 A Chemical Engineer with a Master’s in Business Administration, initially worked as an engineer before being promoted to Head of Handling & Losses at the Aspropyrgos Refinery and then as Manager of Human Resources. He has worked for five years, respectively, as General Manager of Human Resources & Administrative Services for both the HELLENIC PETROLEUM Group and DEPA. He was Chairman of DIAXON SA and the last six years he is General Manager of the Group’s Internal Audit. 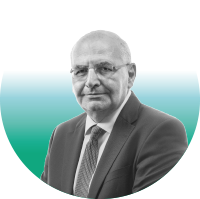 A Chemical Engineer and graduate of the National Technical University of Athens (NTUA), in 1989 he joined EKO in the Thessaloniki refinery’s planning department. In 1996, he was appointed Head of Business Planning at the Public Petroleum Corporation (DEP SA). 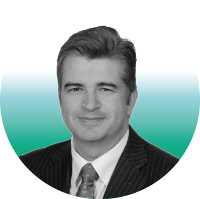 He holds a degree in Chemical Engineering from the National Technical University of Athens (NTUA) and a Master's Degree in Business Administration (MBA) from Strathclyde Graduate Business School.

During his career among others, he had the role of Deputy General Manager, Head of People and Organizational Development at Eurobank until 2013 and held the position of Regional Human Resources Director at Colgate Palmolive South Europe from 2014-2020, where he was in charge of the business units in Greece, Italy, Spain and Portugal.

Since April 2020, he holds the position of General Manager of Human Resources and Administrative Services of the Group. 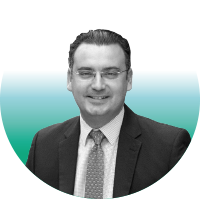 Christian holds a Bachelor’s degree in Economics and Master’s degree in Information Systems from the London School of Economics, and is a member of the Institute of Chartered Accountants in England and Wales (FCA).

Over the past 20 years he has held important positions of responsibility. He began his career in 1999 at PwC in London with specialization in the Energy Sector. From 2005 to 2010 he worked as Group CFO at the listed company Iberdrola-Rokas in Greece.

In 2010 he was appointed Deputy General Manager at KPMG Greece in the Deal Advisory function, as well as Head of Energy & Natural Resources, while from 2017 to 2019 he headed the entire KPMG Advisory division as Partner In Charge for Greece.

In November 2019, he took over as Group Chief Financial Officer (CFO) at HELLENIC PETROLEUM Group.

He speaks Greek, English and French fluently, is married and has a daughter. 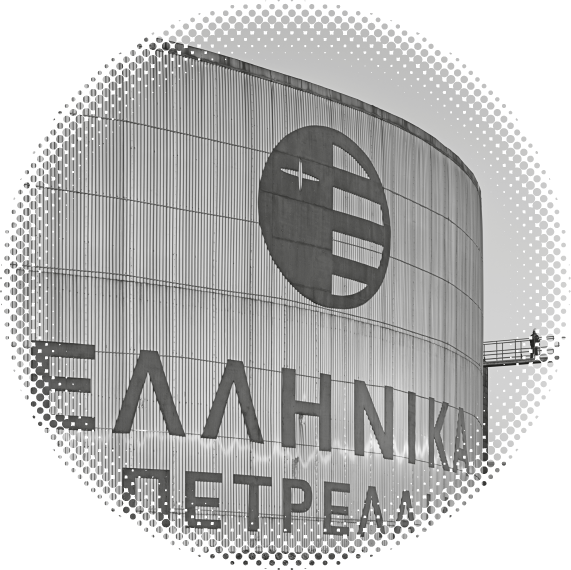